Manchester City's first match of the 2012/2013 premiership campaign got off to a nervy win over newly promoted Southampton. 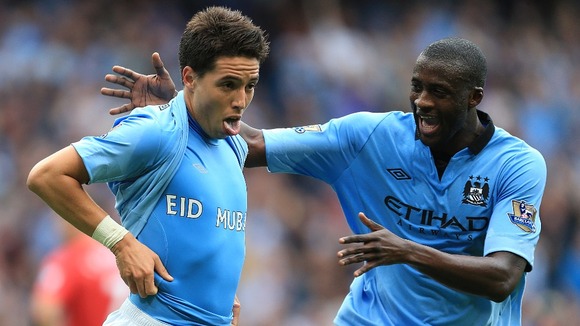 Midfielder Maestro Samir Nasri who got the winning goal in a 3-2 win celebrated with the perfect message to all the Muslims across the UK and the world with a T-shirt that said 'Eid Mubarak'.

Sami Nasri who is a devoted Muslim but does not like to talk about his faith openly is one of many top flight Muslim players in the premiership, later last year Newcastle strikers Demba Ba and Pappa Cisse celebrated with going down in Sajadah (prostration).

Manchester City v Southampton Match was played on Eid day which is celebrated after the month of Ramadhan.